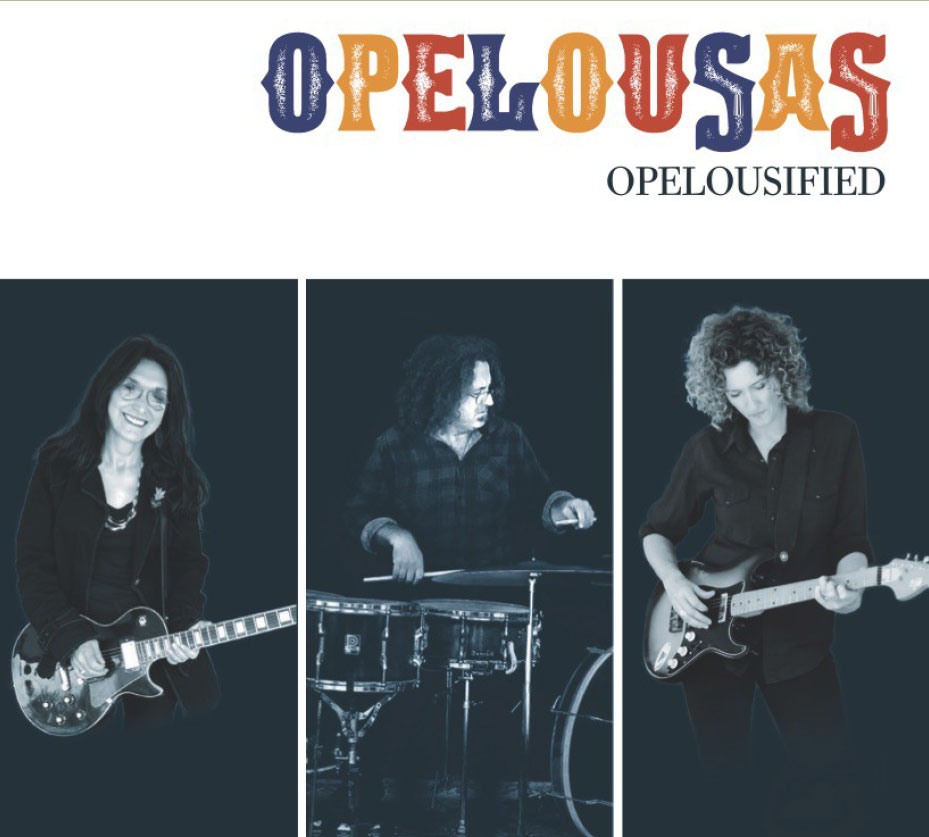 This powerhouse plays pulsating rhythms from the belly of the blues. A distillation of Melbourne's fnest, Opelousas draw inspiration from their friends and contemporaries; the legendary Kerri Simpson's New Orleans pedigree, Ferrier's electric energy that recently took the Melbourne Recital Hall by storm, and Shorty as the back beat and bedrock of the original Collards Greens and Gravy.

The trio added a special ingredient to their simmering sound: ARIA awardwinning singer-songwriter-guitarist JeffLang. Jeff co-produced the album with the band as well as recording, mixing AND creating flm clips for both 'Dear John' and 'James Dean'. The resulting gumbo is a tasty treat for audiences far and wide.

"A joyous debut collaboration from three of Australia's highly respected musicians, Opelousas have whipped up a gumbo of stripped back raw blues, highly rhythmic & riff orientated, rollin' & tumblin' straight out of the swampy Mississippi Hill country, above the Delta. I just love the sound and material. Can't compare it with any other Aussie band, I believe ."

"A keen love of the music of the deep south drew together three of Melbourne’s top blues artists to form the group Opelousas (taken from the name of a Louisiana town). The band comprises the female powerhouse combo of Kerri Simpson (guitar and lead vocals) and Alison Ferrier (guitar), backed by drummer Anthony Shortte (from Collard Greens and Gravy). Their debut album was co-produced by maestro Jeff Lang, with powerful results.

In opener Maw Maw, the slow menacing tread of swampy rhythms precedes Simpson’s amazingly deep vocals. Words run into each other in a viscous drawl, sometimes morphing into a keening sound, as the music casts its hypnotic spell.

There’s only a light blues touch to the catchy I Never Kissed Her, about an intriguing love triangle. Shortte’s furious tattoo launches the rock edged, foot tapper Dear John, with Simpson drawing out and bending lyrics as only she can. This devotional poem to their favourite musical genre comes complete with references to US folk heroes such as John Brown and John Henry.

Awe of another kind comes across in James Dean, with its outstanding, suck-you-in and swallow-you-up riff, dressed up with random metallic sounds. Simpson’s delivery jumps from a conspiratorial whisper to a scream, ending in breathing sounds.

Meet Me in the Hallway is a gentler, more countrified invitation to romance, while Good Love Bad is a real scream it out, wailing guitar rocker.

The Opelousas’ debut is blues focused yet carries enough variety to keep it fresh throughout, and is chockablock with rhythms that get right into the bloodstream."